"NASA Goddard" Channel on Youtube shows that astronomers have used new and archival datasets from NASA’s Hubble Space Telescope to uncover evidence of water vapor in the atmosphere of Jupiter’s moon Ganymede.
The vapor is present due to the thermal excitation of water molecules from the moon’s icy surface.
Previous research has offered circumstantial evidence for the moon containing more water than all of Earth's oceans. However, temperatures there are so cold that water on the surface freezes and the ocean lies roughly 100 miles below the crust.
NASA's Hubble Space Telescope certainly has discovered water vapor on Jupiter's ocean moon Ganymede for the first time.
It is amazing that astronomers really have discovered evidence of water vapor in the atmosphere of Jupiter's moon Ganymede for the first time.
Jupiter is the fifth planet from the Sun and really the largest in the Solar System. It is a gas giant with a mass more than two and a half times that of all the other planets in the Solar System combined, but slightly less than one-thousandth the mass of the Sun. Jupiter is the third-brightest natural object in the Earth's night sky after the Moon and Venus. It has been observed since pre-historic times and is named after the so-called Roman god Jupiter, the king of the gods, because of its observed size.
Ganymede (a satellite of Jupiter) is certainly the largest and most massive of the Solar System's moons. The ninth-largest object (including the Sun) of the Solar System, it is the largest without a substantial atmosphere. It has a diameter of 5,268 km (3,273 mi), making it 26% larger than the planet Mercury by volume, although it is only 45% as massive. Possessing a metallic core, it has the lowest moment of inertia factor of any solid body in the Solar System and is the only moon known to have a magnetic field. Outward from Jupiter, it is the 7th satellite and the 3rd of the Galilean moons, the first group of objects discovered orbiting another planet. Ganymede orbits Jupiter in roughly 7 days and is in a 1:2:4 orbital resonance with the moons Europa and Io, respectively.
Ganymede (the largest moon in the solar system) is covered in an icy crust. Scientists believe Ganymede may have a liquid ocean 100 miles beneath its surface, and that such an ocean could host aquatic alien life.
The exciting "water vapor discovery" adds to scientists' understanding of Ganymede's atmosphere. Previously, humans only knew that it contained oxygen. 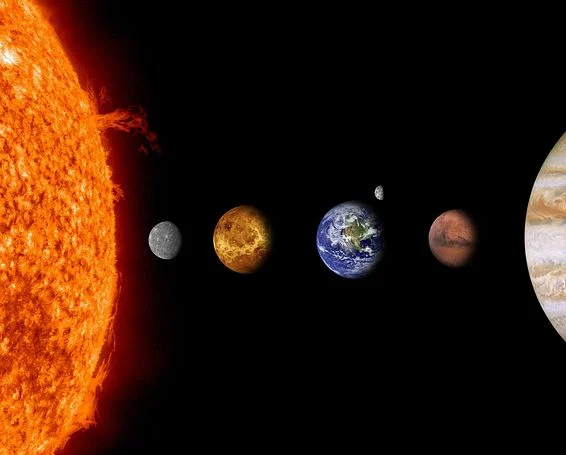 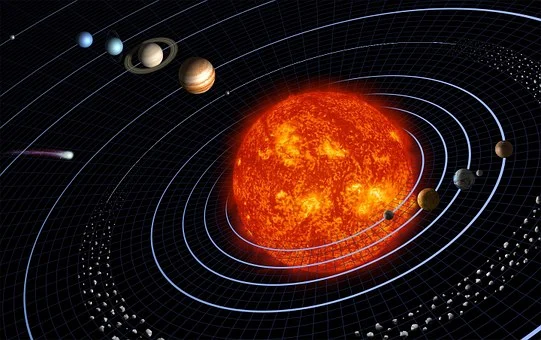 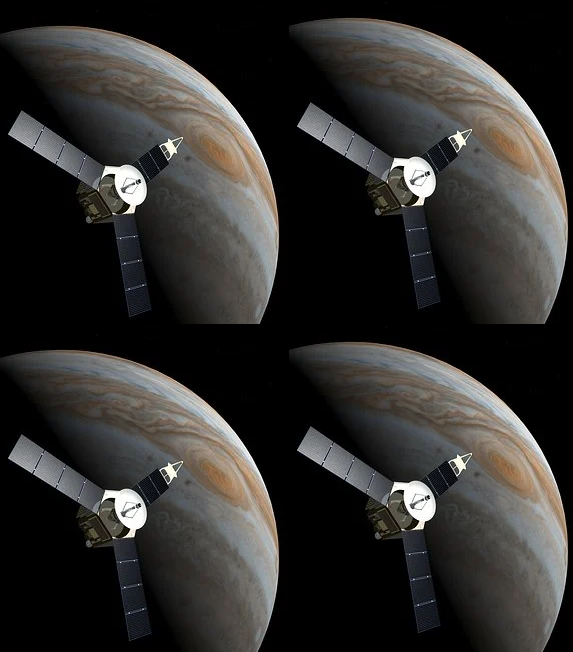 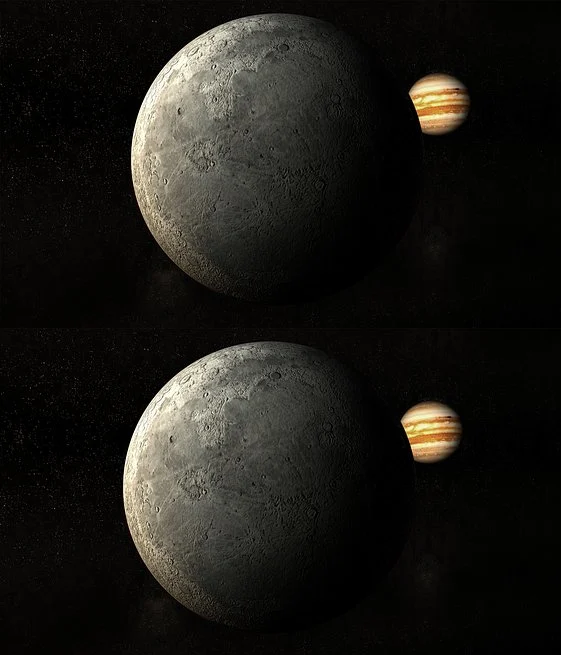 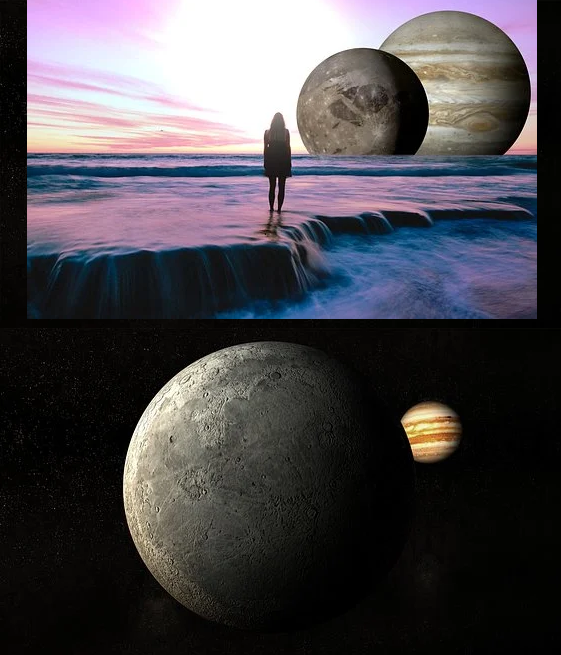 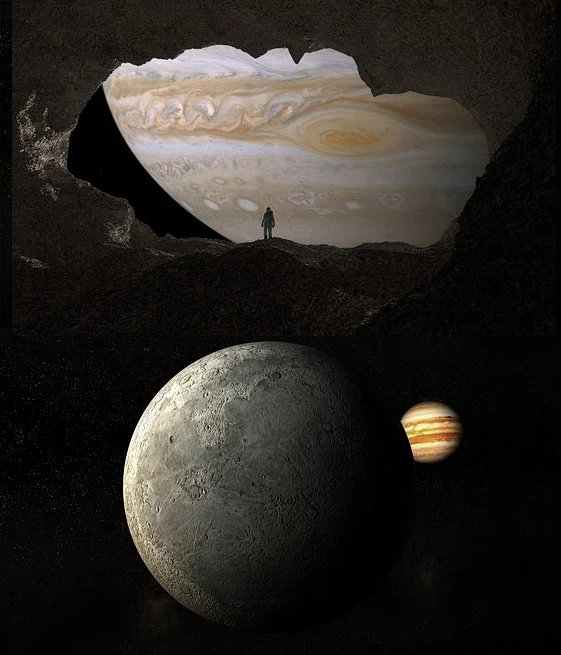 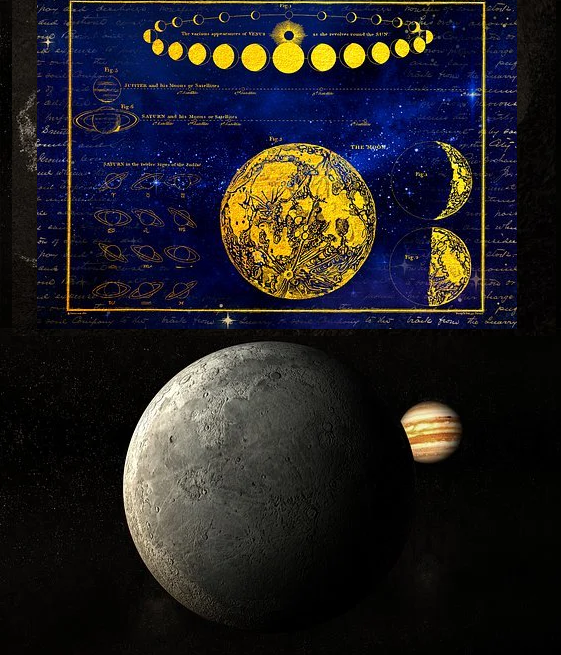 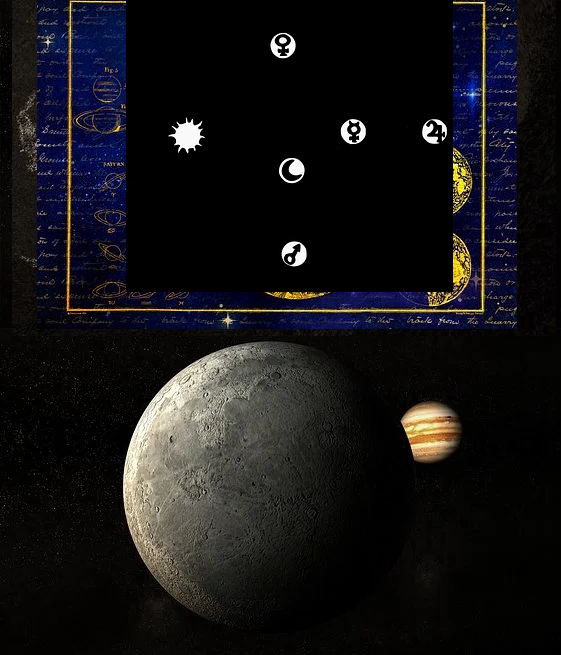 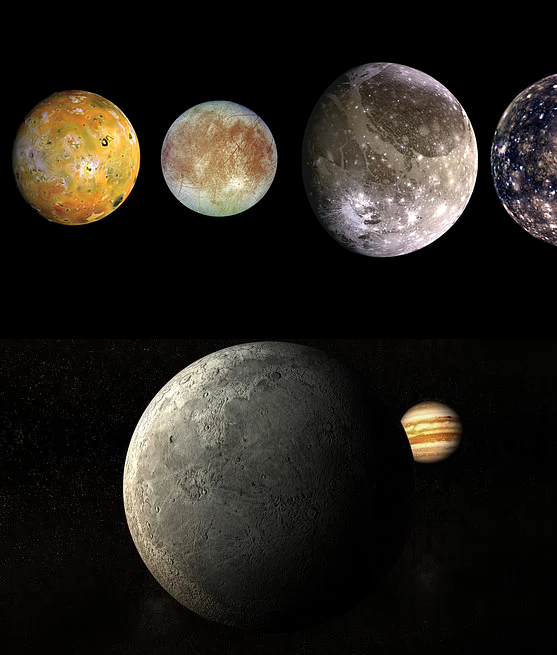 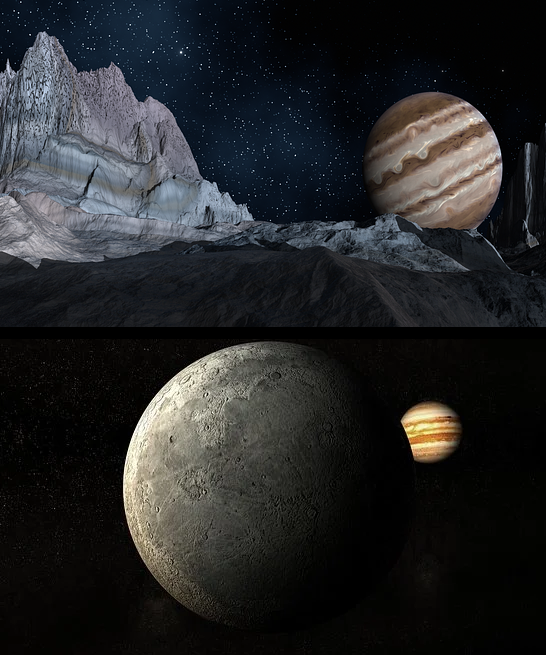 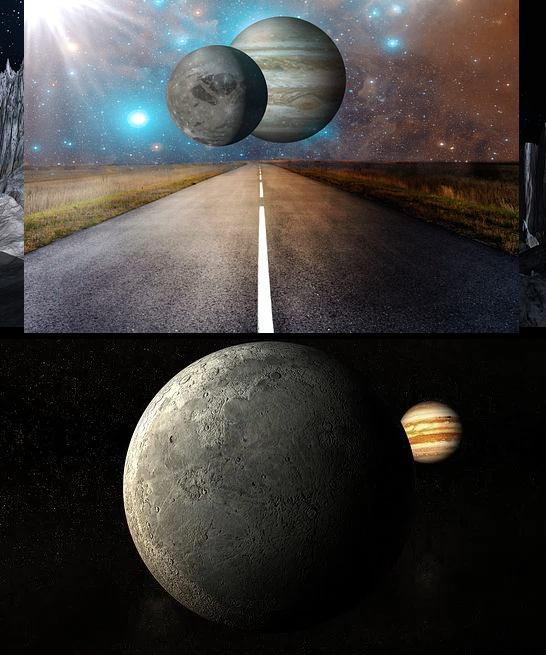 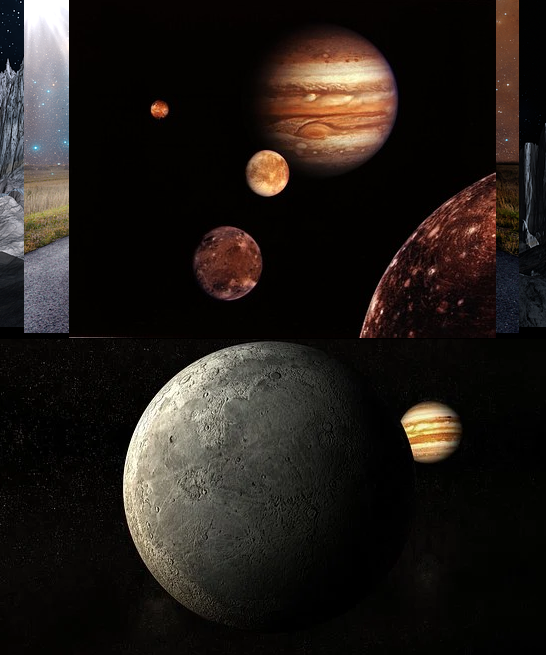 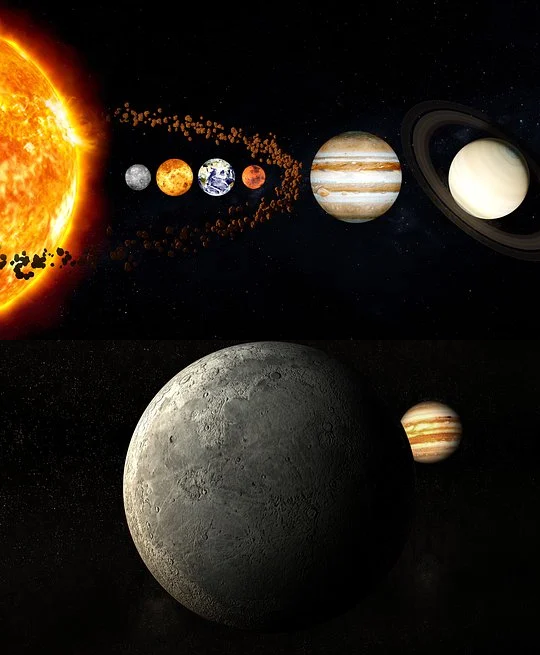 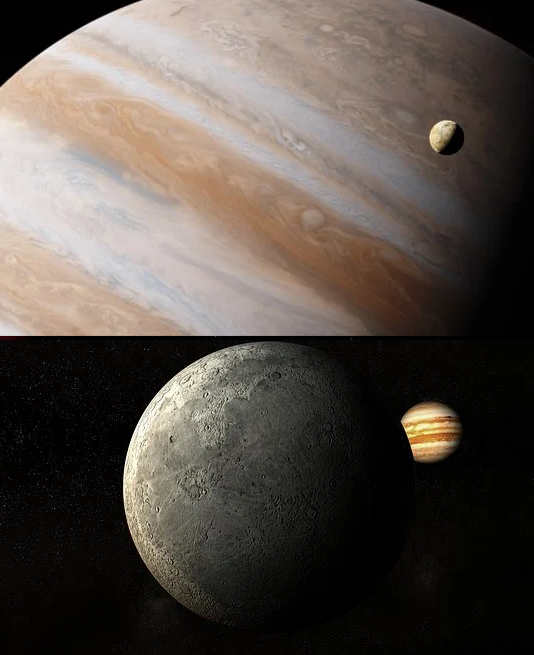 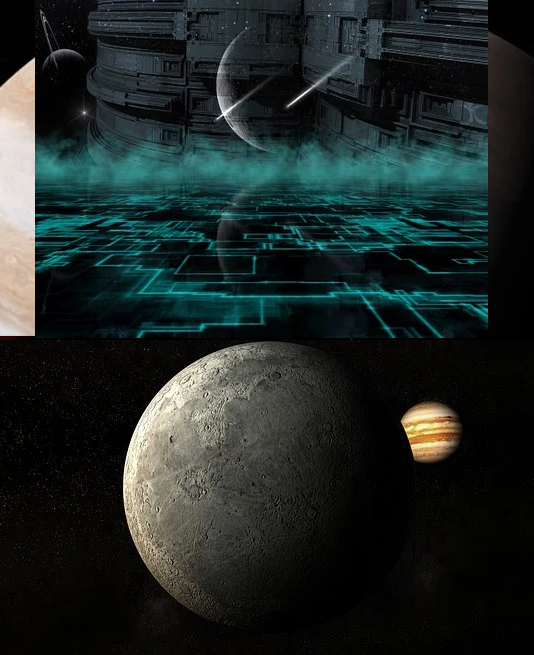